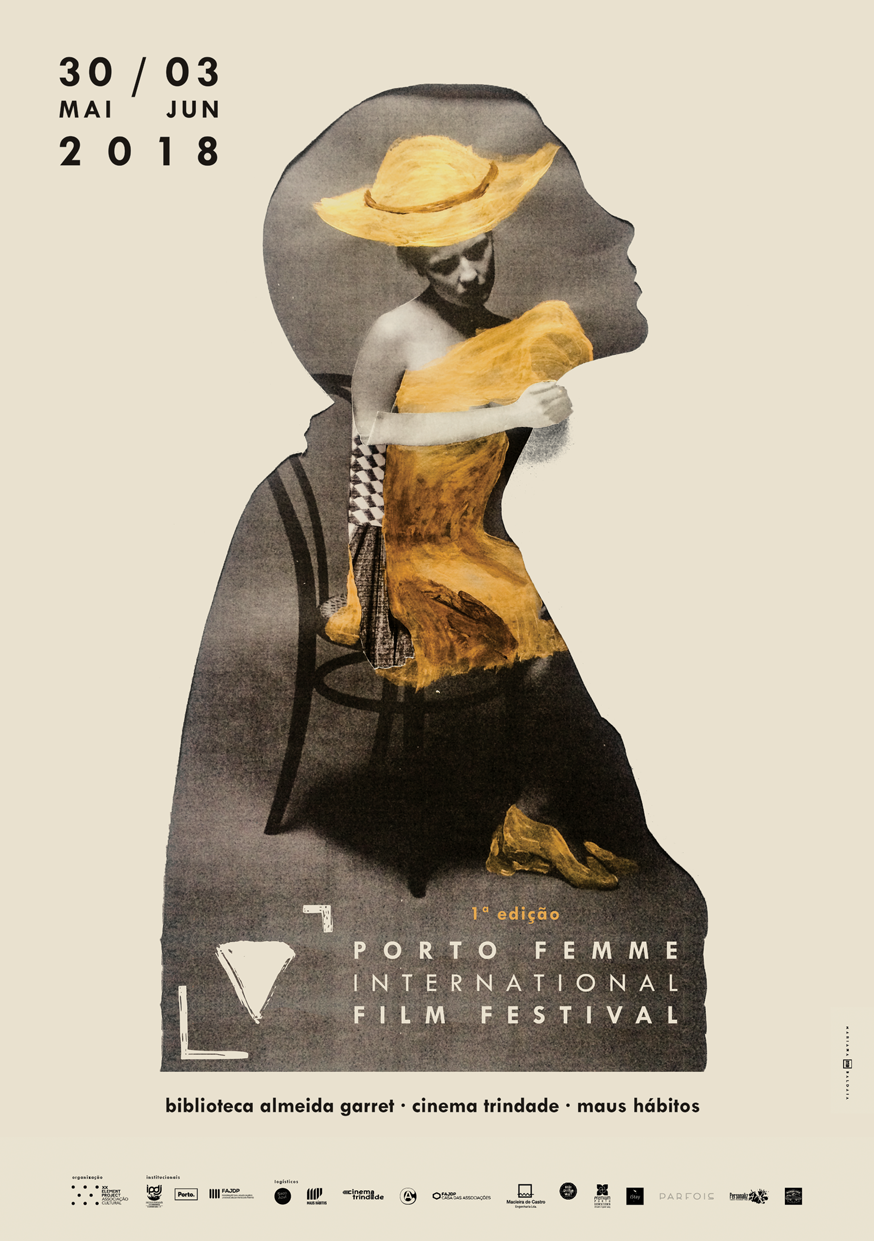 DATE POSTED : Wednesday May 9th, 2018
A women’s film festival that aims to show and publicize the work of women in the seventh art, promoting their equality and empowerment in the cinematographic universe.
Cinema made by women, starring women, on women’s issues, but that, after all, is only films made by women for … all kinds.
Through cinema it’s intended to educate and inform the public on social and political issues affecting women in the world. It’s intended to give a plural voice to feminisms with an intersectional view for them, seeking to cover the different groups and struggles.
PORTO FEMME has two distinct International Competitions: one for works directed by women in different cinematographic genres; and another for works in which at least one woman plays a key role (scriptwriter, producer, animator or leading actress).
The festival also hosts a National Competition that pretends to be a showcase of Portuguese production directed by portuguese women.
During the festival, the “Fights and Women’s Rights Prize” will be awarded to the best film in addressing issues of women’s rights and gender violence, regardless the competition in which they are registered. This award aims to give visibility to the perplexing issues that revolve around the woman, calling them to the center of the debate and encouraging reflection.
The program also includes non-competitive exhibitions dealing with the theme “Women in the World and from the World”, with a special program of the “Tricky Women – Animated Film Festival” from Austria and another from the CPLP, with participation of women from Portuguese language. This is an organization of the Digital Imaginary Association that for 10 years has been carrying out projects that work on the interface between the fields of audiovisual, education and technologies for the generation of innovative spaces of creation and learning.
This first step seems to indicate a future, because in this first edition we received 393 films from about 42 countries.
The program will reflect the diversity of genres, themes and languages. The public will be able to watch 66 films in the competitive section, 40 in the International Competition, 9 in the XX Element Competition and 17 in the National Competition.
The Festival takes this first step with the support of other partner festivals that share goals such as the Female Eye Film Festival, Tricky Women, Women’s Voices Now and Berlin Feminist Film Week. These are partnerships that have allowed the sharing of programs representative of the cinematographic production in the feminine that happen a little throughout the world.
The year before this first edition was a lot of activity. Through the Porto Femme Sessions, in Maus Hábitos, the organization also offered to the public cycles of Iranian, Hungarian, Spanish, Argentinean, São Tomé, Portuguese animation and even Brazilian black cinema, all in the feminine.
PORTO FEMME is a festival with a varied and appealing offer to the public, which will include competitive and special sessions, workshops, debates, Q & A sessions, exhibitions, among others.
The festival will take place from May 30 to June 3, 2018 in the Auditorium of the Almeida Garrett Library, Cinema Trindade, Maus Hábitos and the House of Associations of Porto, with the opening and closing party in the Barracuda Bar.