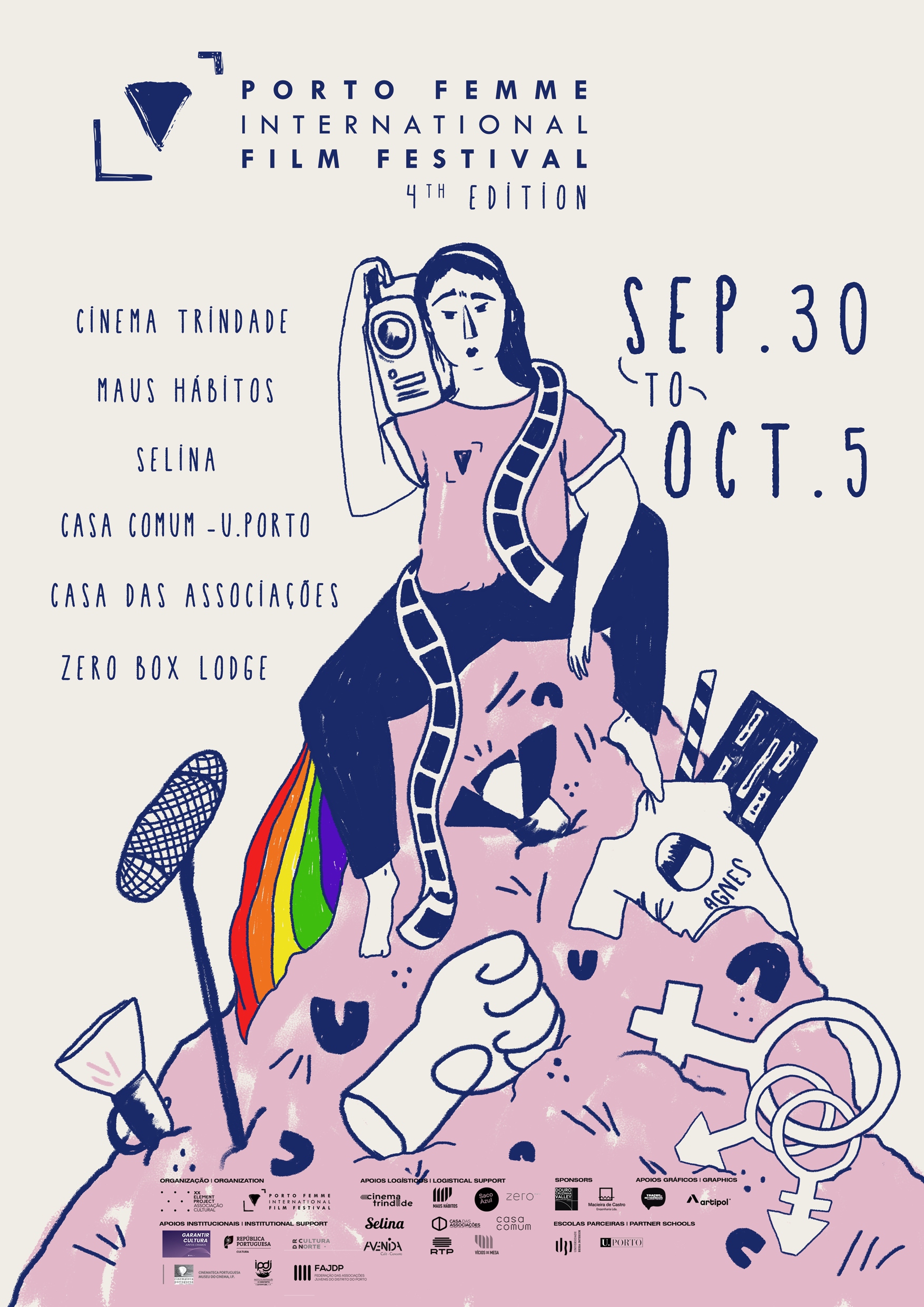 Porto Femme – International FIlm Festival is comming to Invicta city to, once more, give stage to the work made by women in the seventh Art.

The festival’s 4th edition takes place between the 30th of September and the 5th of October, in various places in the city of Porto, in which will be projected 135 movies, coming from more than 25 contries.

Just like the three previous editions, the Porto Femme 2021 program, beyond film sessions, provides debate sessions, workshops and initiatives exhibitions that promote the approach of themes intrinsically linked with being a woman, but also to the LGBTIA+ contexts.

It’s between the cinematographic universe and the conscience and women’s fight that the Porto Femme asserts itself as a space of share, dabate and creation to all film enthusiasts, from participants to visitors.

In every 5 competitions (Students, International, Nacional, XX Element and Thematic) there will be under scrutiny 100 movies, from 25 countries, on which will be joined 10 movies to be shown on Queer Sample, under Paronamas section, eight from FESTINET – European Short Film Festival Network, the european network of short movies that the city of Porto integrates, and 13 animations under the Tricky Women/ Tricky Realities Festival exhibition.

To emphasize yet the tributes to the actress Cucha Carvalheira, to the School of Women theatre’s school and to the filmmakers Cecilia Mangini, considered to be the first italian documentarist, who died at 94 years old, in January of 2021, from whom will be shown three movies, and Margarida Gil, whose movie «Faithful and True Relationship», from 1987,  will be projected.

Beyond the debate and Q&A sessions there will also be « Crises », an art exposition counting with the work of 26 plastic artists and two workshops given by Patrícia Rodrigues and Patrícia Nogueira.

In Parallel, under the International Panoramas, Porto Femme’21 will present a screening dedicated to Queer Cinema and the screening of Tricky Women/ Tricky Realities Festival, called “On Travelling, Matters of the Heart and Peripheries”, in one more international partnership made with a feminine animation festival.