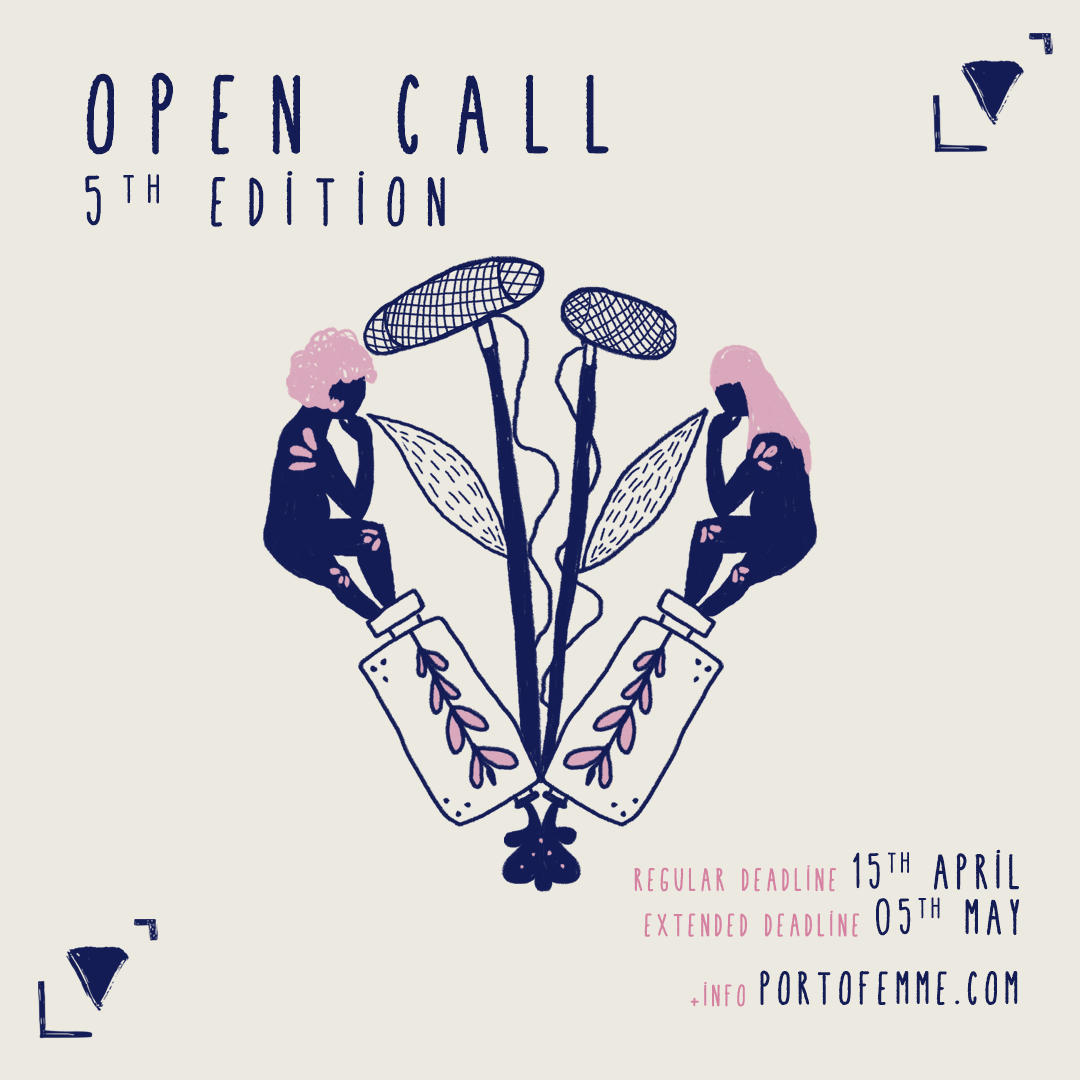 The submissions for the fifth edition of Porto Femme – International Film Festival are open!

The Porto Femme team starts preparing the 2022 edition and launches the open call for film submissions. The Festival is composed by 5 competitions: International, National, Student, XX Element and Thematic Competitions. On the second edition of the Thematic Competition, it will be explored the theme of ‘Bodies‘. The festival competitions are open to all people who identify themselves as women, in addition to the XX Element Competition being open to mixed teams.

Based in Porto, this international film festival aims to be a space for the dissemination of women filmmakers, becoming a space for sharing different stories and perspectives, supporting the presence of people who identify themselves as women in the film industry.

The festival is composed of 5 competitions, among which the International, the National, the Student, the Thematic and the XX Element, where features and short films, documentaries, animations and experimental films are awarded. A film is also awarded the Women’s Fights and Rights Award.

Porto Femme is a festival that aims to reflect the diversity of genres, themes and languages, with a varied program, always with the representativeness and the empowerment of women on the big screen!