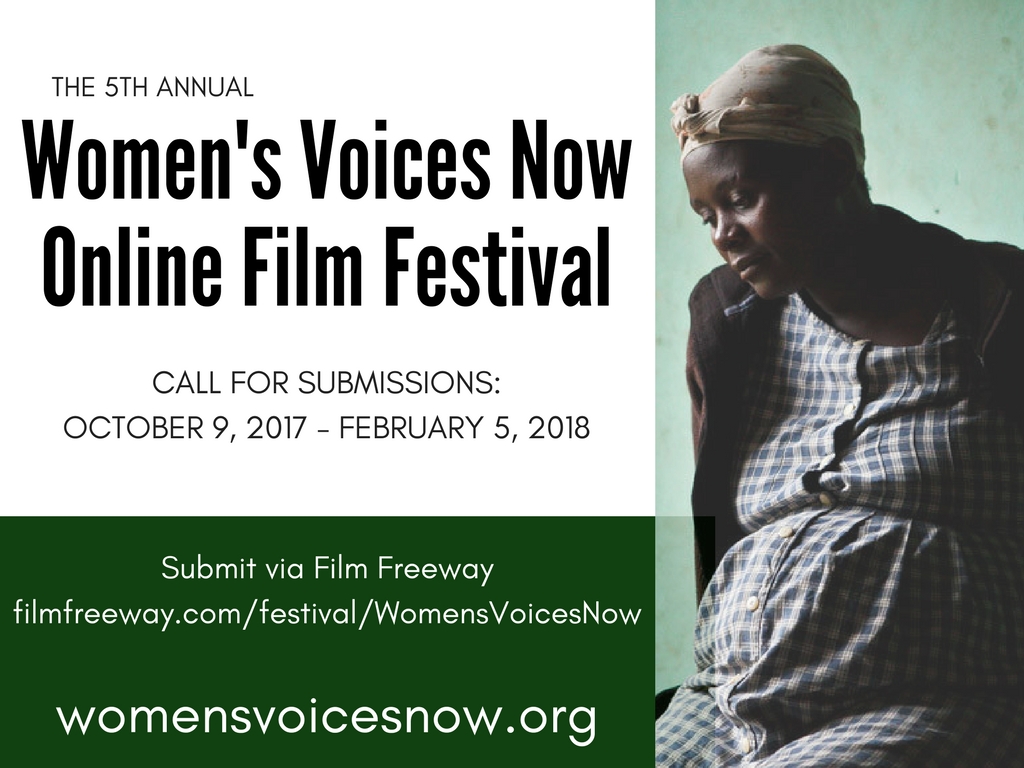 Starting October 16th through February 5, 2018, filmmakers may send in their work to Film Freeway . The Festival celebrates and awards the best films from around the world that highlight women’s rights issues and inspire social change. Filmmakers compete for $10,000 in cash prizes, media features, and the opportunity to have their films added to the Women’s Voices Now Film Archive, the “Netflix of feminist films,” for global promotion and viewing.