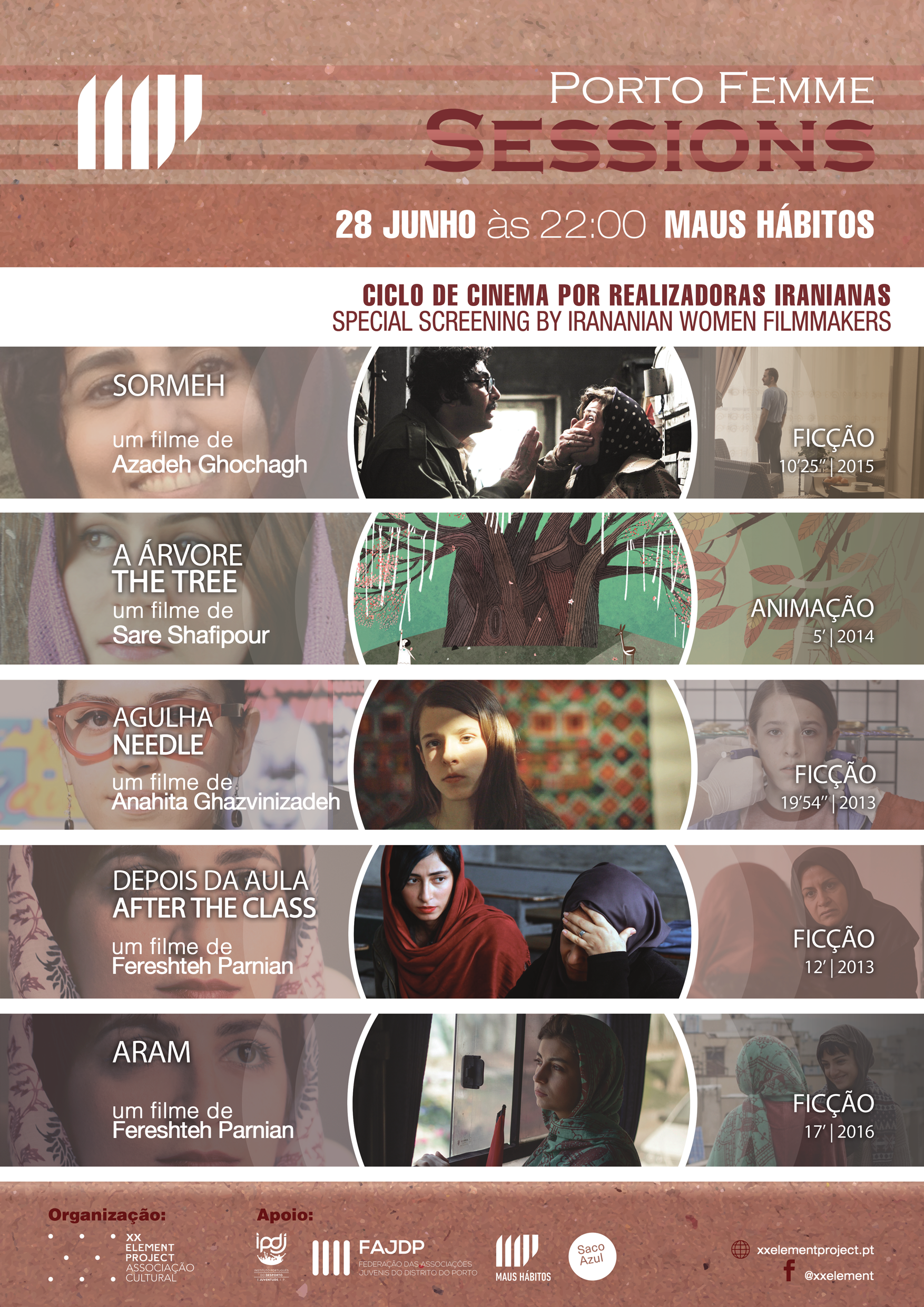 On the last Wednesdays of each month there is cinema in Maus Hábitos – Porto. A dedicated session to women, creating a place of screening and dissemination of several universes that place women in the center.
The aim is to give visibility to the work of women filmmakers. In some sessions we will count on the presence of the filmmakers, in this way promoting the meeting between the audience and the authors.

The first session started on June 28, 2017 with a Iranian Film Cycle by promising young women filmmakers with award-winning films around the world.