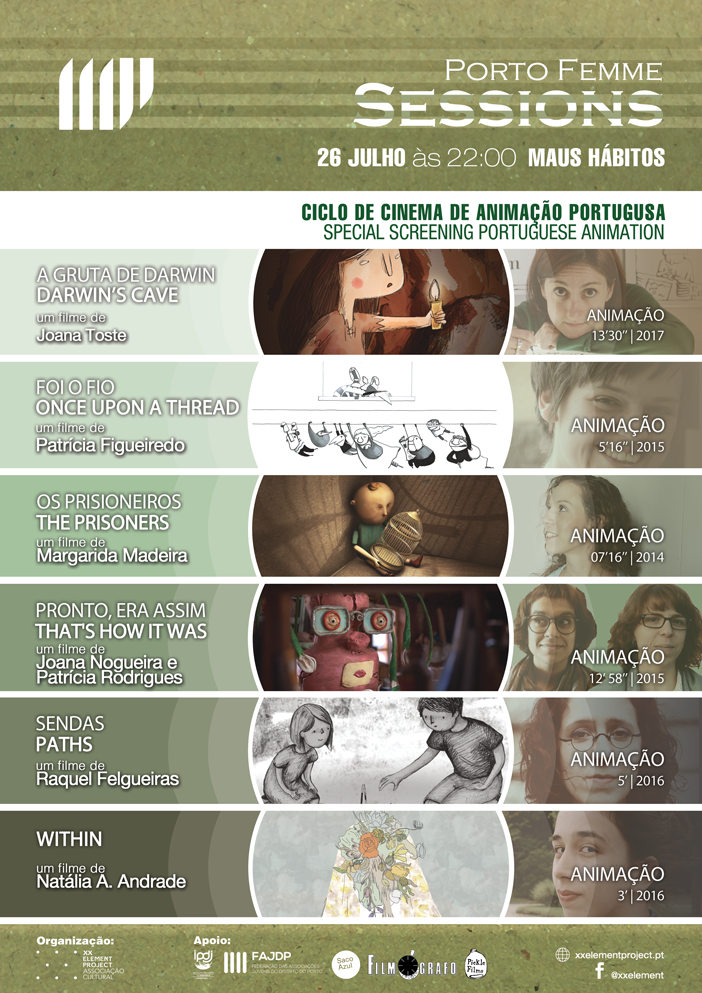 On the 26th July,  the screening was dedicated to Portuguese Animation.

In this session were shown 6 short films of 7 women filmmakers. The public was able to watch “Darwin’s Cave” by Joana Toste, “Once upon a thread” by Patrícia Figueiredo, “Prisoners” by Margarida Madeira, “That’s How It Was” by Joana Nogueira and Patrícia Rodrigues, “Paths” by Raquel Felgueiras and “Within” by Natália A. Andrade.

This was a special session attended by the filmmakers Margarida Madeira, Joana Nogueira and Patrícia Rodrigues where there was debated with the audience about their films.