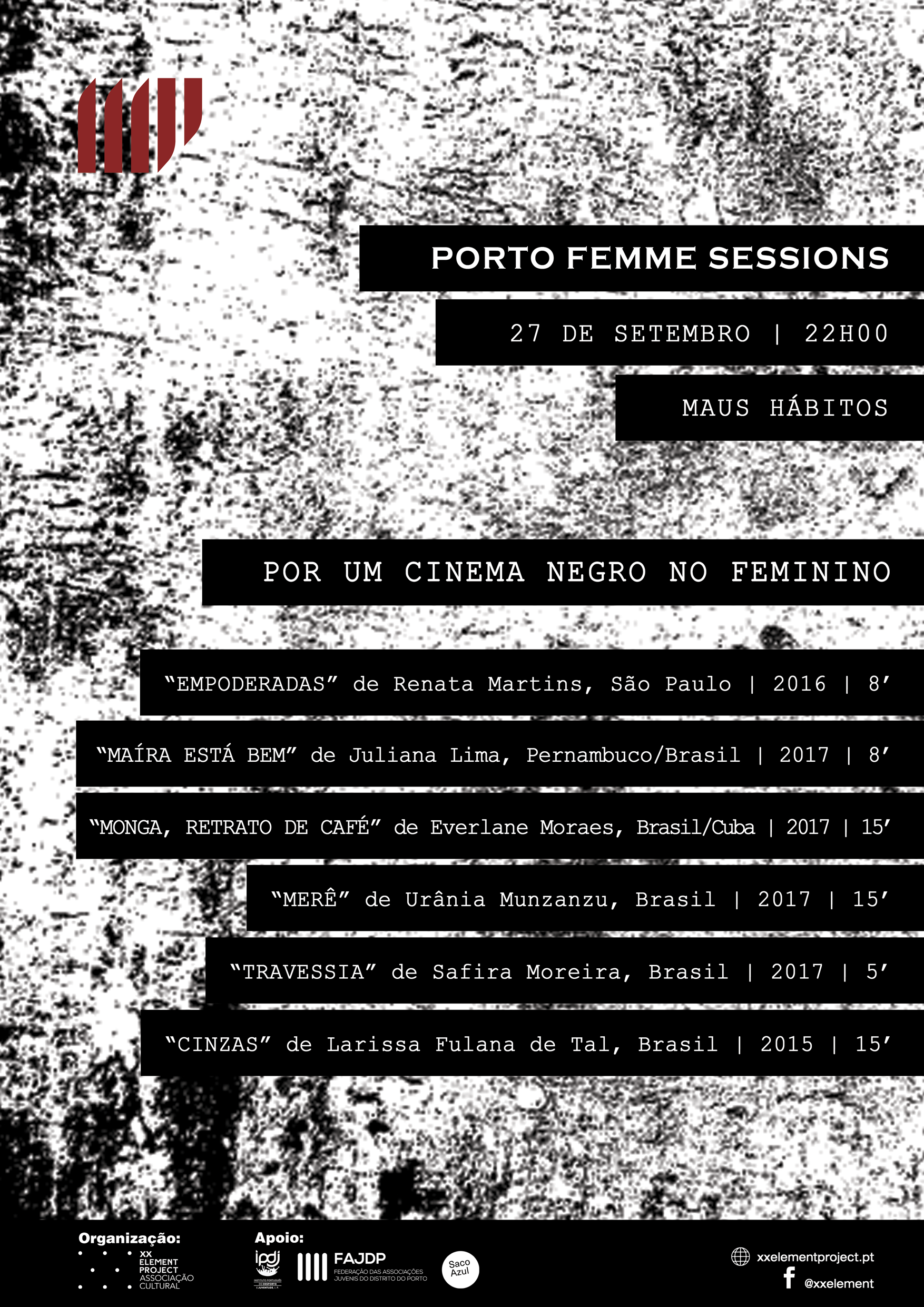 “For a Female Black Cinema – Brazil” was the theme of September. With curatorship of Janaína Oliveira, this session is composed by a significant achievements of black Brazilian female production in contemporary times. The purpose of this exhibition is to present to the public a fraction of the strength of this generation that has been strengthening collective productions, highlighting the female black protagonism in the audiovisual productions of the country when trying to break the barriers of the national cinema production in Brazil.

We had the presence of Juliana Lobo, born in Brazil and finishing her PhD in Information and Communication in Digital Platforms at the University of Aveiro, which has been in contact with women involved in this movement and to transmit us her vision of it.