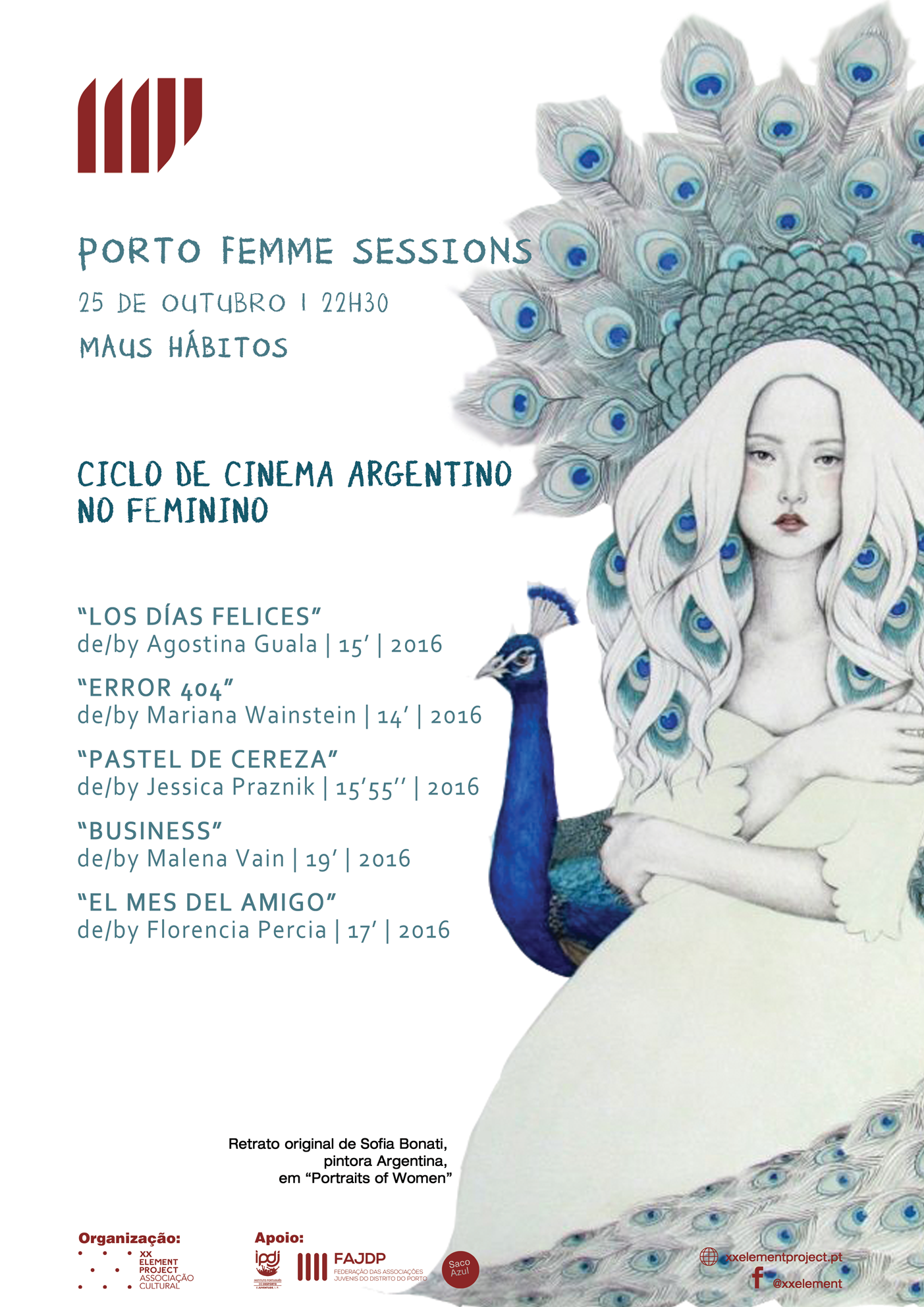 “Argentine female cinema” was the October session. Curated by Cynthia García Calvo (born in 1977 in Argentina, a film producer, journalist and linked to several film festivals), it consists of five short films made by five Argentine women.

“Argentina’s cinematography is one of the most dynamic in Latin America and the world, with directors of international prestige such as Lucrecia Martel, Lucía Puenzo or Celina Murga. Today, we present five promising new filmmakers, representing a new generation of filmmakers. “

From Jessica Praznik’s “Cherry Pie” theme, we invited the association It Gets Better Portugal™ to talk about LGBTI issues. This association is the Portuguese affiliate of the US It Gets Better project and was created to communicate with lesbian, gay, bisexual, trans and intersex (LGBTI) youth across the world to give them hope and create the necessary changes to make their lives better.

On November 10 they will celebrate their fifth anniversary. This is a neighboring association of the XX Element Project, since we share a space in the House of Associations in Porto and this was the first event of our partnership. A short film about an instant in the life of a family. A family that shows the individual struggles when their everyday routine ranges between affection and weariness. On January 1st, Lucia and Juan decide to spend the day at the lake with their four children. Submerged into their differences, neither of them realize that one of their daughters is missing. A desperate search begins.

A business office. The boss and his employees work in front of their computers, focused. Being productive. Staring at their screens. Suddenly, havoc. Internet is down. The whole company faces a meltdown and we are carried through the many different links that lead to solving the problem. In that brief period of time without internet connection, the characters are able to interact with something deeper and beyond their own screens. Until everything comes back to “normal”.

Sofia is sixteen, she likes to talk over the phone with her older sister who lives in the city and smoking secretly. Maria Lujan, her best friend, likes black coffee and butter cookies; she has a girlfriend and never hesitates when doing what she feels. But one night Lujan has its first fear: Sofia kisses a girl. Lujan is filled with love but also with the certainty that falling in love is not an option.

“A girl, alongside her guitar, reunites with her father in a hotel room. He’s a business man on a visit to Argentina, the country he once called home. She’s back from playing at a concert. Night falls between those four white walls, until the sun rises again.”

The friends’ month. A comedy with athletes.

While she faces the tough idea of breaking up with her boyfriend, Emilia moves to a downtown apartment. Among boxes and packed stuff, almost by chance, she starts living the life of the former tenant…