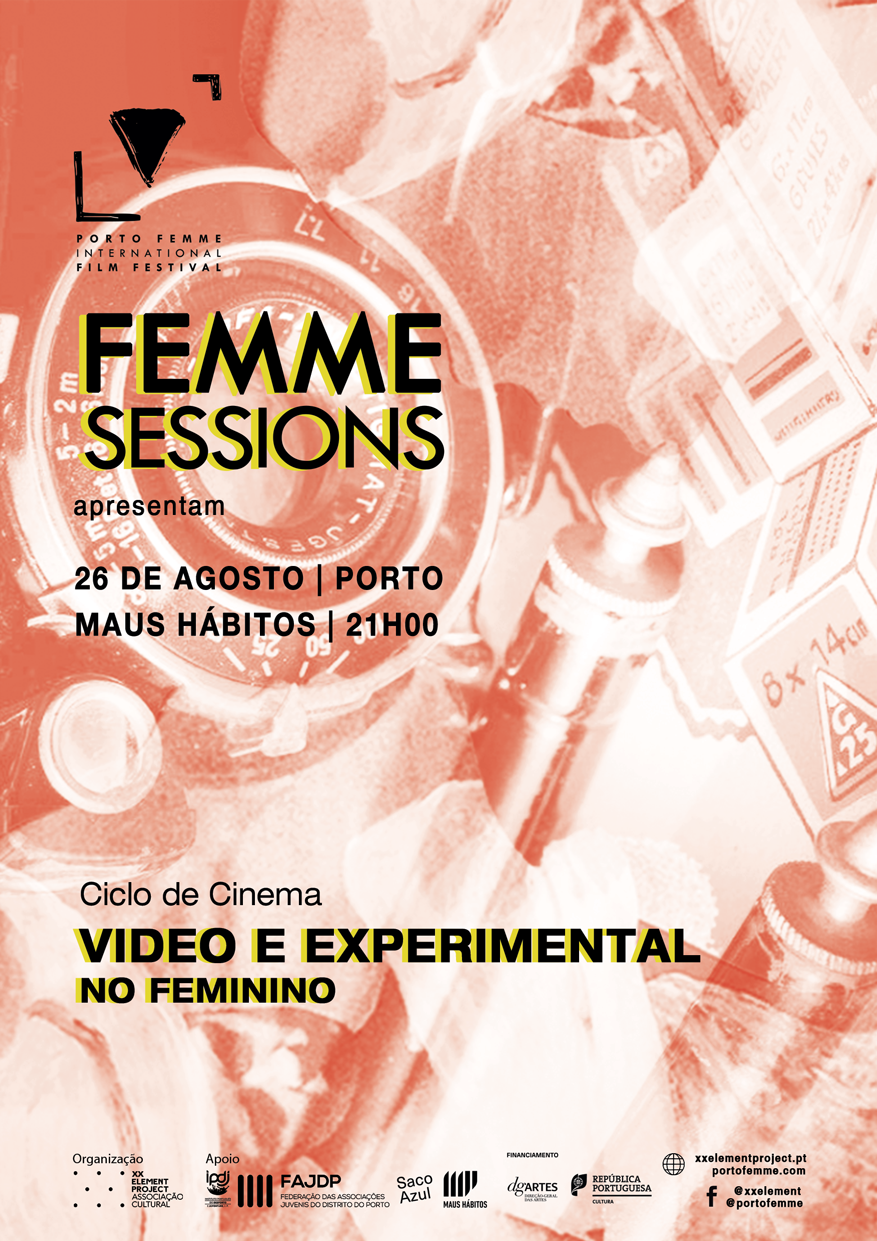 In August, under the heading Films at the Table, we present the cinema cycle VIDEO AND EXPERIMENTAL in our Femme Sessions.

For this #29 session, which takes place on the 26th at 21h00, we present a films program that were in the international and students competition in the 2018 and 2019 editions of PORTO FEMME INTERNATIONAL FILM FESTIVAL. “A Universal Love Story” is a sci-fi drama in Esperanto about the possibility of finding love in an impersonal world in the distant future, where everyone is so focused on himself, that it seems almost impossible to connect to another person. All that’s left is the memory of love and the hope to experience it one more time. It seems that sometimes it takes a miracle from a different universe to start a revolution. A daughter’s fantasy of her mother elusively portrayed at her own magical house and garden. The mother’s image and voice are deconstructed and assembled again into an intergenerational sonnet, reflecting the everlasting experience of being a woman, in a world of constant feminine evolution. Her Voice is a short experimental film where the role and the representation of female identity is addressed. In this way, Her Voice echoes the #MeToo era, in which we live now. Somewhere between the desperate Boop-Oop-a-Doop’s of a vintage Betty Boop and the film experiments of Maya Deren, Her Voice offers an enigmatic stream of consciousness that resists conventional narrative expectations.

Deformation, distortion and emotional weight are part of a tormented body. A Triptych of pain, anguish and fear where the claustrophobia of feelings is expressed in the experiences of two women who experienced sexual violence. This catharsis is portrayed by two distorted portraits on video, inspired by the existentialist work of the artist Francis Bacon. This is Lara. She measures 1,70m, her feet are too long for her body. That’s why she’s always stumbling. We accompanied, during a party night, a group of friends, who live the feeling of joy and despair which characterizes their generation. It is based on the fashion collection of the same name, from designers Elise and Sergio Marey, a woman inspired by fashion and the new ways of thinking of the youth of Movida viguesa and madrilenha – a cultural movement that took place in Spain after the end of the dictatorship, in the year 1975.