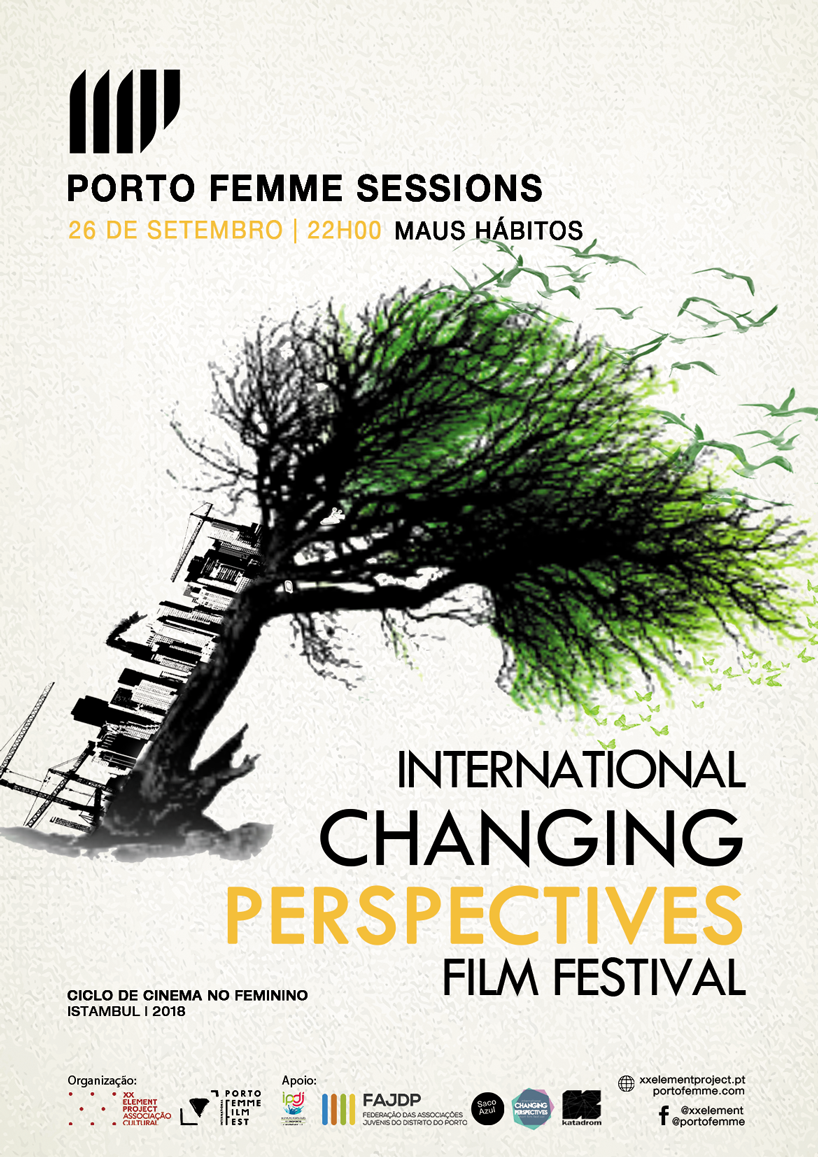 This month we screen a program of the 6th Edition of the International Changing Perspectives Film Festival from Turkey, which took place from 10th to 15th April, 2018.

Initiated by Katadrom Arts, Culture and Social Politics Association based in Istanbul, The International Changing Perspectives Film Festival is an international take-away film festival dealing with the topic of cultural exchange. The festival annually starts in Istanbul with a week program then continue its yearly tour across other cities around the world.

This year, besides its regular stops Berlin and Yogyakarta, ICPFF will visit Avanca Film Festival.  In the past years, ICPFF had been organized in many cities including Sofia, Copenhagen, Madrid, Freiburg, Leipzig, Sao Paolo, Tallinn, New York, Vancouver, Malatya and Edirne.

Each year, the festival focuses on a social issue at hand. Some of the previous themes of the festival included Stranger, Identity, Border, Utopia and Wild.

The Festival screens more than 100 short films, short documentaries, short animations etc. Along with short films, a selection of hit Turkish feature films also screens at the festival. Each year, ICPFF hosts films from more than 30 countries, along with a number of film crews during the festival in Istanbul.

The festival already left a mark for its innovative and groundbreaking character – a ‘take-away’ festival consisting of films screenings, panel discussions, photography exhibitions, and workshops.

“Potluck Award”
The “Potluck Award” is the money collected from each year’s submission fees, and it is given to the best title. This way, filmmakers who submitted their film to the festival will be contributing to a fellow filmmaker.

The Festival is annually held at the end of April/early May.

France meets her son’s girlfriend for the first time. She loses control…

Her father’s funeral brings Lara back to Beirut from her modern life in NYC, forcing her to face the traditions she escaped and the untraditional fiancée she’s been hiding.

Solin is a pregnant Kurdish woman living in London with her old dad. One day, her non-English speaking dad gets lost. Solin looks for the only thing he managed to describe: a clock tower. The search slowly reveals traumas from the recent history of Kurdish people.

An artistic impression, driven by the rhythm of the music and the freedom of the dance, creates a magical world, where Love is the leading metaphysical force that overpowers life and death.

This whimsical tragicomedy short film portraits a fragment of an unusual mother-daughter relationship with strong, but somewhat headstrong women and a weird situational comedy.

THE REALM OF DEEPEST KNOWING

One digs beneath the surface of the other to reach the deepest place of his heart during struggles. It lightens up the darkness. They fulfill one another within the sense of oneness.

THE LAST DAY OF THE EMPIRE