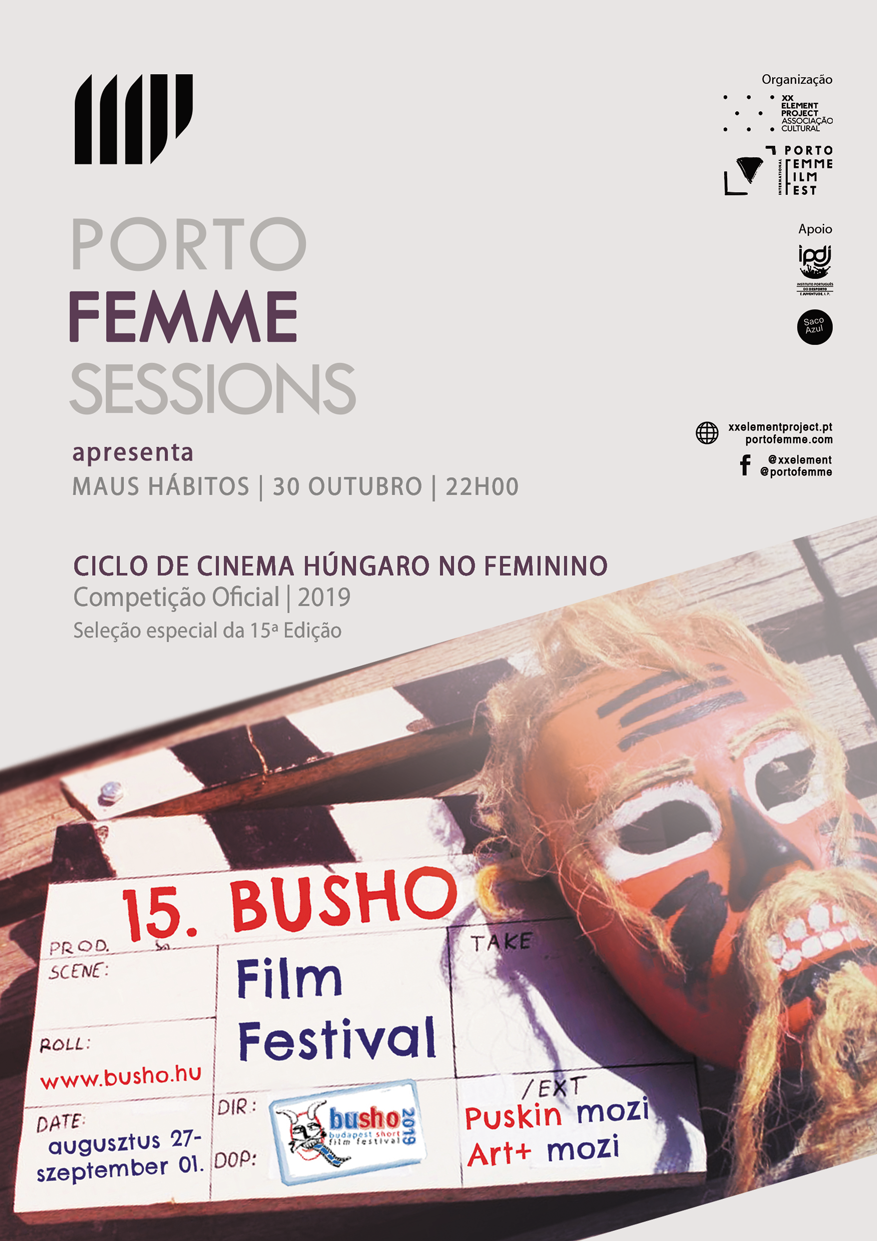 In October, we presented a film cycle of the Official Competition of the 15th Edition of the Busho International Short Film Festival of Budapest – Hungary, which took place from 27 August to 01 September 2019.

This program includes films by Hungarian women filmmakers who were in competition at the festival and awarded Best Animation – Students Comp., Media Council Special Awards for the best Hungarian fiction and animation films.

This is the second cycle that we do as a result of this partnership between PORTO FEMME and BUSHO – BUDAPEST SHORT FILM FESTIVAL. The festival was held for the first time in 2004, at the hands of a group of young filmmakers who wanted to address the shortage of short films in Hungary. The festival has been growing gradually from year to year.

Three girls are living in three different circumstances. Because of a bug in the system, their universes start collapsing. They are able to leave their environment and move towards each other.

On a strange night, twenty something Juli, a bride to be, ends up at the bachelor party of her future husband Bence. Will she survive in the male only company, and if so, should this risk her relationship to Bence?

Looking at an x-ray image a young handsome man is horrified to learn that the weird, tumor-like lump on his chest is the top of a tiny plump man`s head. Nested in his body, he is waiting to be born…