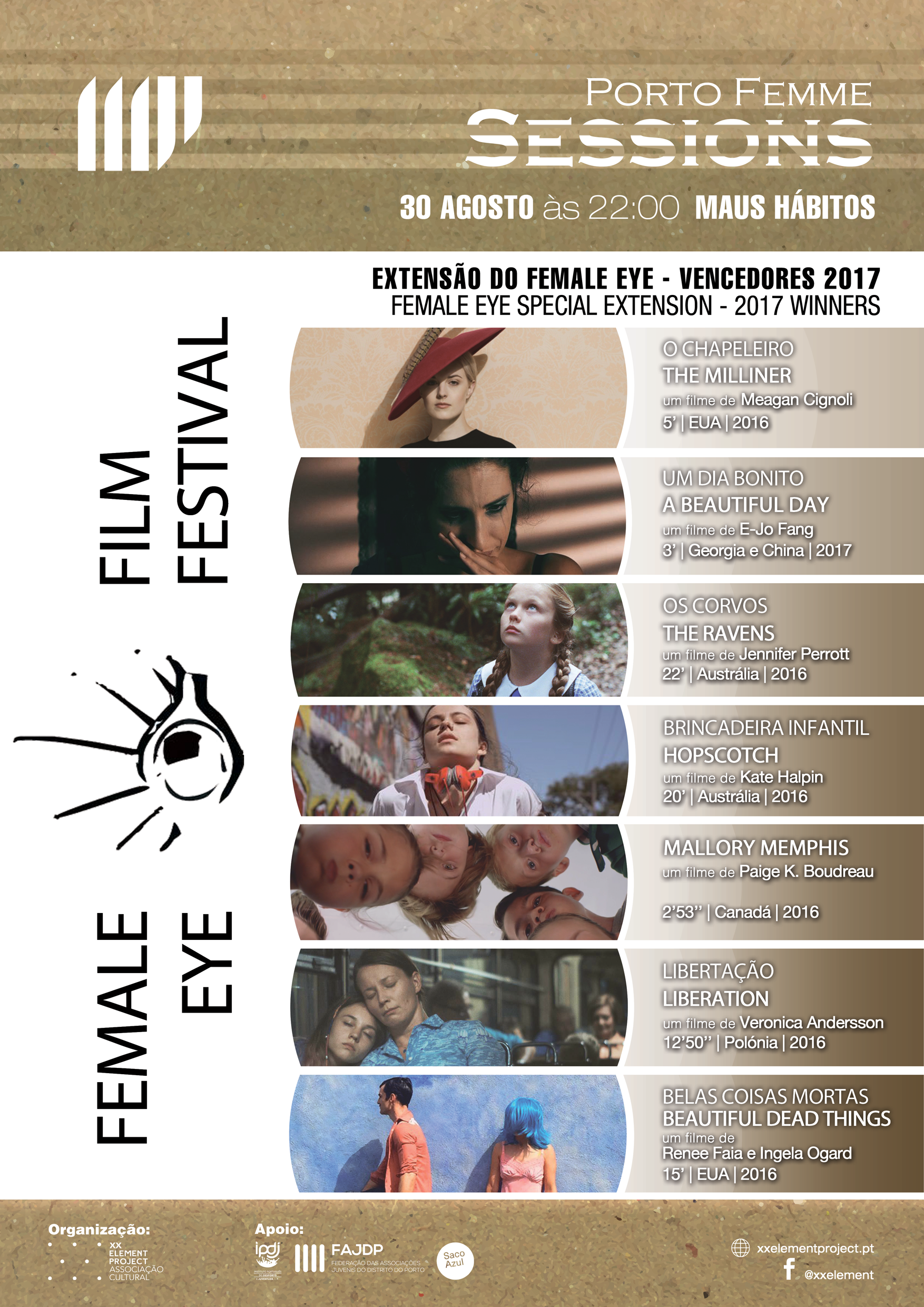 In August, we’ll have an extension of FEMALE EYE FILM FESTIVAL from Canada. This festival was created in 2001 by the hands of the founder Leslie-Ann Coles, who, as a filmmaker, found that women directors were a minority among filmmakers at the international festivals she participated in with her first film.

In this program are the 2017 edition awarded films of the festival, which celebrates 15 years.

The Milliner is a playful exploration of the history of hats and design, chronicling the evolution of millinery and the considerations of modern hat makers as they reinterpret the form.

A Beautiful Day peeks into the private world of strangers as our protagonist falls, a passenger descending, glimpsing the lives of others through their windows.

When Chloe’s charismatic mother, Gigi, finds a new man, Chloe is pushed into a progressively deeper state of loneliness, resentment, and desperation.

Mallory Memphis is a childhood urban legend come to life. It explores themes of beliefs and peer pressure told by an unreliable narrator.

A mother is torn between her faith and her duty to assist her 14-year-old daughter with an abortion.

“Beautiful Dead Things” is a powerful exploration of how we process grief. Whimsical yet poignant in its approach, the film employs non-linear storytelling. It is a story about the smallest of life’s details and the profound impact they can have on our ability to let go.

Note: “The Ravens” is out of screening program.