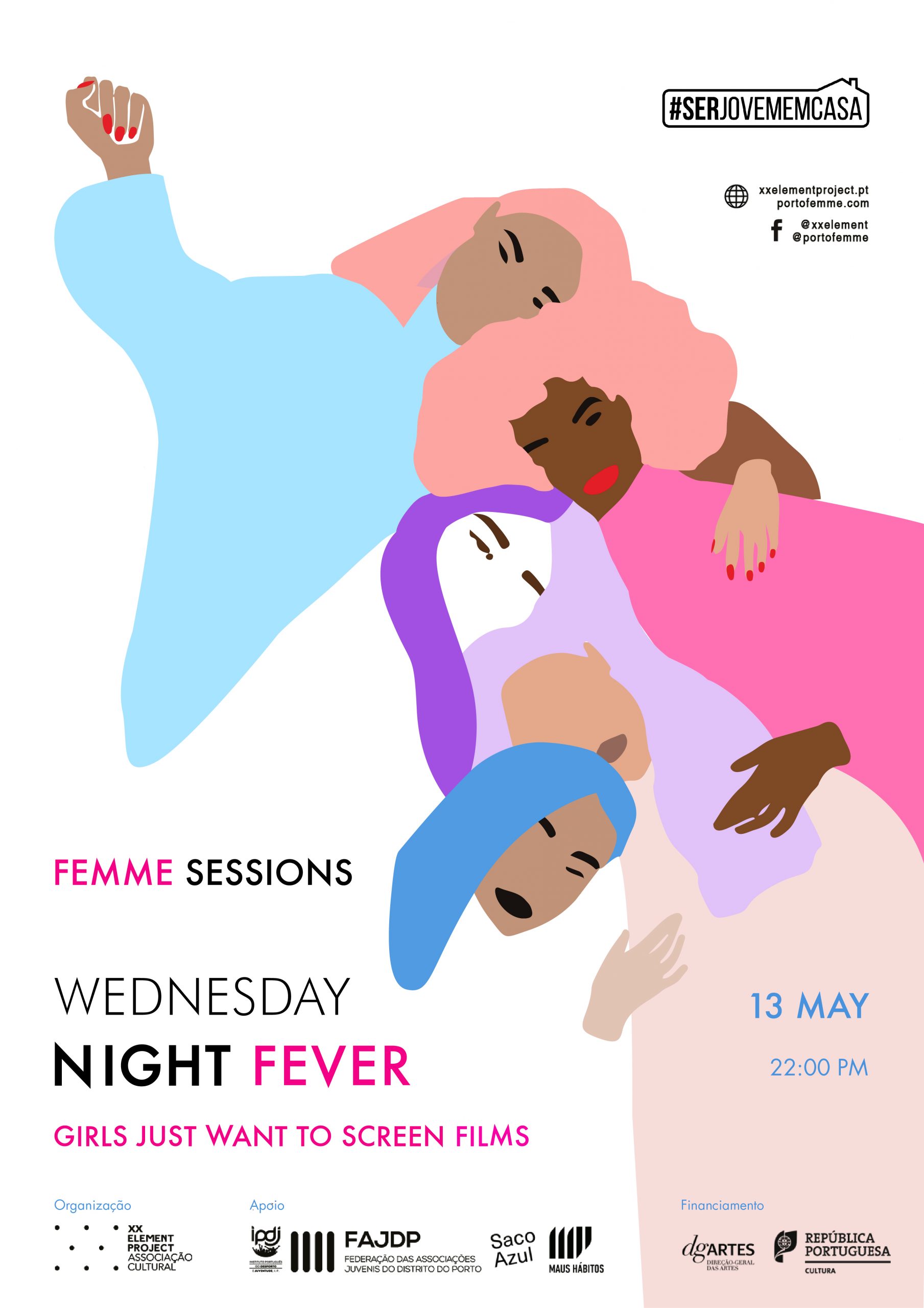 In the month of May, the Porto Femme Wednesdays continue to be all about women. In this period of social isolation, we want to continue to inspire you with the visions of our female filmmakers.

In partnership with Saco Azul Associação Cultural and Maus Hábitos – Espaço de Intervenção Cultural, we launch the WEDNESDAY NIGHT FEVER, streaming movie nights until we can return to our favourite exhibition rooms.

Session #3 takes place on May 13th at 22h00 (Portugal time) on the Facebook pages of @portofemme, @saco.azul.associacao.cultural and @mhabitos. In this 70 minutes long session, we present a selection of films in Portuguese that includes one animation and three documentaries. THAT’S HOW IT WAS

As a child of Portuguese immigrants in Luxembourg, the director explores her parents’ past through videotapes, which they used to record their new surroundings and doings in that distant country, and which they would later on send back home to Portugal. As the film progresses, we discover her father’s and mother’s pasts, their struggles in their new soon-to-be home, as well as the director’s new struggles to adjust in a country where she wasn’t born nor raised, without her parents. The final months of pregnancy and the first few after the birth of a baby are unique experiences in a woman’s life. And when this daily life is lived inside a penitentiary?