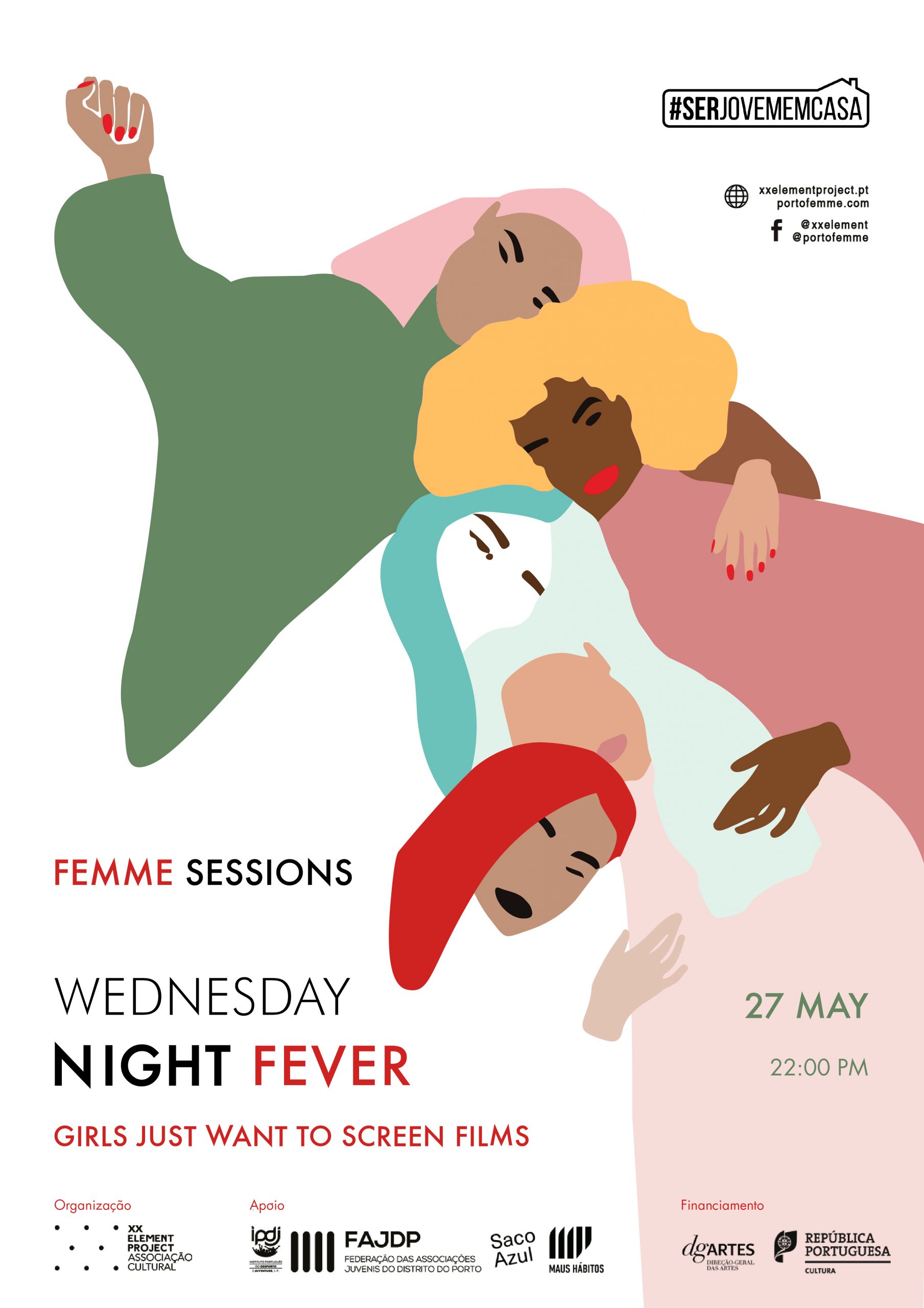 WEDNESDAY NIGHT FEVER is coming to an end. In this period of social isolation, we want to continue to inspire you with the visions of our female filmmakers. This way, in partnership with Saco Azul Associação Cultural and Maus Hábitos – Espaço de Intervenção Cultural, these streaming movie nights took place for two months until we could return to our favorite theaters – which is about to happen!

For these “Wednesday nights’ fevers”, we shared with you some of the films that were shown in the past two editions of Porto Femme, and we brought to your home a selection of those that somehow touched the entire PORTO FEMME team and made us reflect on the world around us.

A “Wednesday night fever” which gives us an impulse to make and create bridges, and meets virtually to share some movies with you. We fight against this virus by creating a cinematic epidemic with the mission of making some female filmmakers known.

The last session (#4) takes place on May 27th at 22h00 (Portugal time) on the Facebook pages of @portofemme, @saco.azul.associacao.cultural and @mhabitos. With 50 minutes of duration, we present one of the most striking films that passed through PORTO FEMME and that arrives from Hungary through the hands of the director Glória Halász about acid attacks survivors in India. The film is subtitled in Portuguese and English, and we also warn for the strong images that may appear. In Rupa’s Boutique there are dreams on the hangers. Dreams that meant hope for the victims of acid attacks even in the worst times. All the girls: Rupa, Soniya, Gita, Neetu, Dolly and Laxmi are back on their feet after their tragedy. They all found a way back to society, became independent and visible.

According to the activists of Stop Acid Attacks helping the victims, in India there are 3-5 attacks each week. Many victims do not report the crimes to the police because they are afraid of being socially stigmatised. The campaign helps victims to find their way back to society, they have established a crisis centre which provides safe environment for victims, where they can receive medical help and can spend their time in a convenient and useful way. The centre also supports them in unfolding their ambitions be it activist aspirations or working in their café.