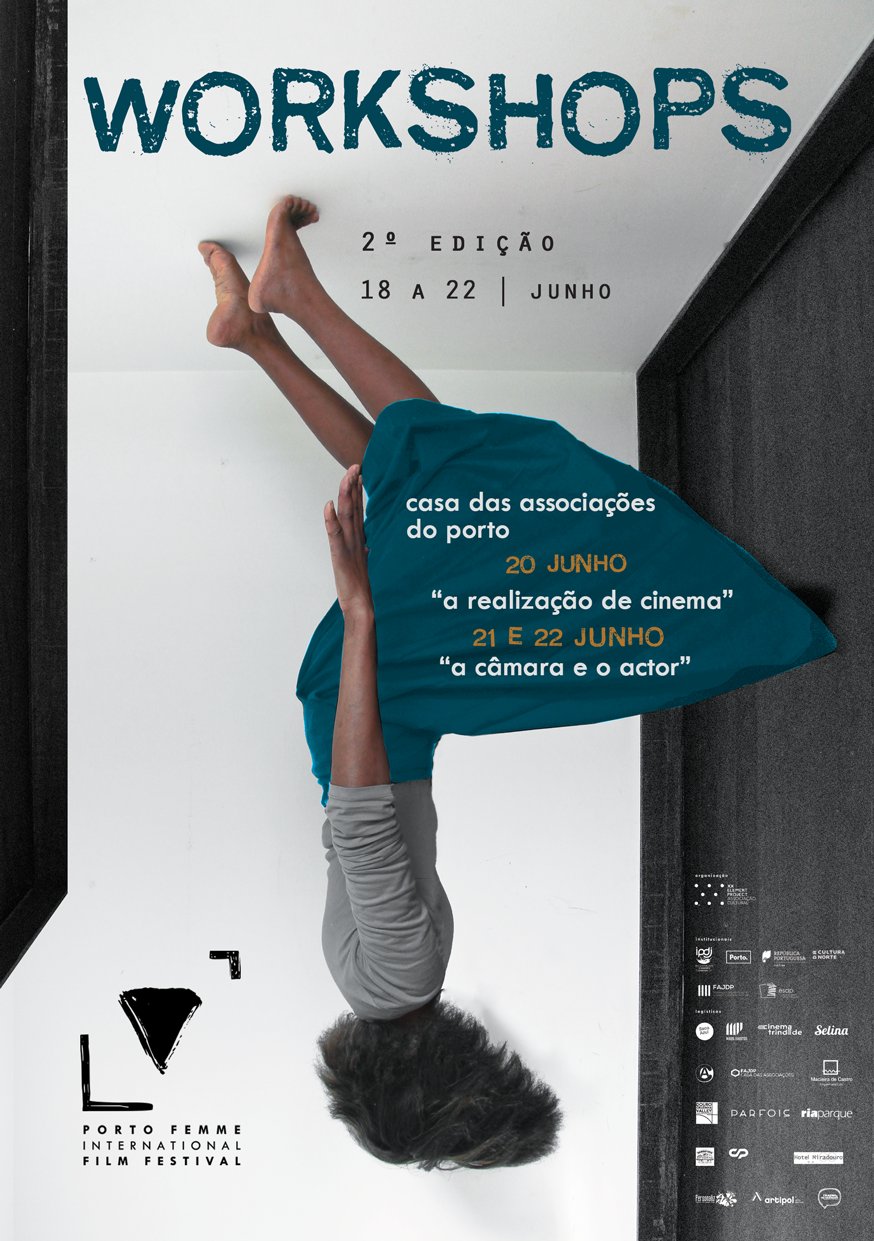 WORKSHOP “THE CAMERA AND THE ACTOR”

Let’s think about and film with the actor: a person, a face, an appearance, a body, a pair of gravitating eyes, a hair band, lips that stick and take off, a chest that breathes in accordion. Based on a text, we will create a mise-en-scène, a dramaturgy, an aesthetic. An actor, an image, an emotion, a desire, an idea. We have the girl, the chamber is our weapon. Inês Oliveira was born in Lisbon in 1976. She studied Plastic Arts (Ar.Co) and Cinema (ESTC). She took the Videoarte course at the Gulbenkian Foundation. At the moment, she is a master’ student in Cinema (FCSH). She orked in the area of sound and as a director’s assistant. She began her film career in 2003, debuting with the multi-award-winning short film O NOME E O N.I.M. / NAMES AND NUMBERS. In 2005 she made the documentary EAT THE HEART OF RUI CHAFES AND VERA MANTERO.

Her first feature film is CINERAMA (2009), produced by Paulo Branco. BOBÔ (2013), debuted at TIFF-Toronto, is her second feature. VIRA CHUDNENKO (2017) won the national competition in DocLisboa’17. SAPO E A RAPARIGA (2018) is a short film for children and young people.